A pioneer and key figure in interaction design in France, Étienne Mineur is a graphic designer whose work transcends technical periods, from the first interactive terminals to “augmented” books, by way of CD-ROMs, websites and mobile applications. Back Office looks back over his unique career, which provides insight into the contemporary scene.

I entered the École des Arts Décoratifs in Paris in 1987; I was in the Visual Communication section, studying with Jean Widmer and Rudi Meyer. This school was really paradoxical: there were no courses on the use of computers, but there was already an open computer room, which was always deserted, where you could work with large Silicon Graphics machines, or a Macintosh Plus (1986). Unlike the other students, I was already familiar with personal computers, since there was a Commodore 64 at my parents’ house, and sometimes, my father brought home an Apple Lisa on weekends to work. At the time, my Commodore 64 had no mouse, no graphical user interface, just text.

I made use of the Arts Décoratifs computers to discover QuarkXPress (1987), and PageMaker (1985). I had fun with their graphic interfaces, with their “windows.” I didn’t need any of this for my classes, it was more just for fun when I was hanging out with my friends.

I developed an interest in programming when MacroMind VideoWorks (1985) 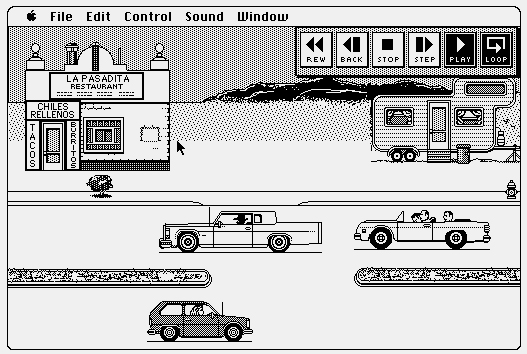 came out on the Macintosh. It was the ancestor of Macromedia Director (1991), whose source code, in Lingo, was open (visible and modifiable). I made my modest début in programming by looking over other code and then modifying it to suit me. At the time, I was mostly using the computer to create pixels screens, which I would code, then print using a little A4 laser printer, which I would enlarge to create serigraphy typons. It was way more affordable than Lettraset. The teachers only looked at one’s results and did not care if we used “traditional” means, like photocomposition, or computers: we were free to choose. At any rate, since it was the very beginning, digital was perceived as insignificant—only two or three weird guys used that junk. My first paycheck came from a computer course I gave to my own teachers at the Arts Décoratifs!

For example, there was this poster created for a fanzine named Tauto 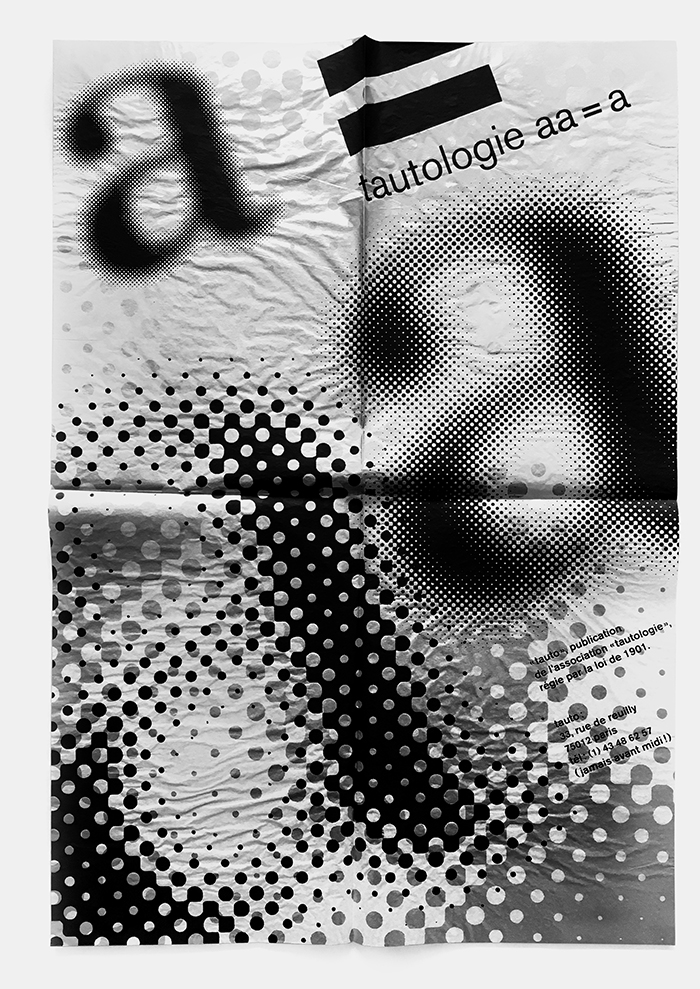 (as in tautology) that we made with several Arts Déco students. I used the computer to create a variety of screens in different sizes and forms. Then we printed the images in the scr…